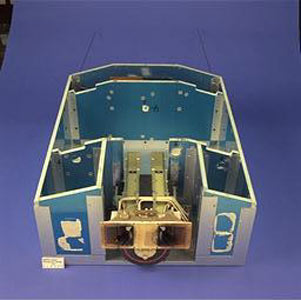 Initially it was designed with a Pulsed Plasma Thruster (PPT) to train Air Force Academy cadets. It was to carry a PPT of LES-8/-9 heritage. JAWSAT was to be launched in 1997/98 on a modified Minuteman target launch vehicle (MSLS-B). During development, the mission was changed by deleting the PPT experiment in favour of two other experiments and a new structure, which finally flew on 2000 as JAWSAT on a Minotaur-1 rocket.