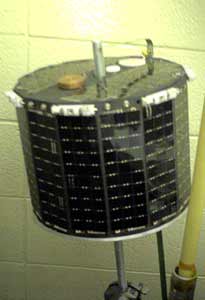 ASUSat project was begun in October 1993. It resulted in a 6-kilogram-class satellite to be launched in a cluster launch on the maiden Air Force Minotaur-1 rocket. The satellite was delivered to Weber State University on 13 May 1999, for final integration with the other payloads on the JAWSAT satellite, which served as the multiple payload structure.

Unfortunately, the last report received from ASUSat 1 was at fourteen hours into the mission. This reception included a telemetry frame that confirmed that the satellite did indeed have a critical problem in the power system. This problem prevented the solar arrays from supplying power, leaving ASUSAt1 on battery power alone. Predicted lifetime of the satellite on battery power alone was estimated to be fifteen hours. Even though the mission was brief, telemetry from ASUSat 1 indeed indicated that the majority of the student-designed satellite components operated as designed.