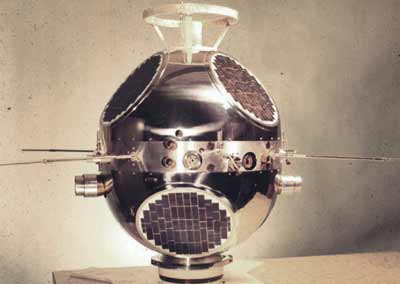 Injun 3 was a magnetic field-aligned-spacecraft instrumented for a study of geophysical phenomena, particularly high-latitude and auroral.

It used an integrated system of several particle detectors, a VLF detector, and three auroral photometers. A fluxgate magnetometer was used to monitor the orientation of the spacecraft with respect to the local magnetic field. Injun 3 had two separate telemetry and encoding systems: mode 1 (PCM/FSK/PM) and mode 5 (PCM/FSK/AM). These systems were powered by a common-battery solarcell power supply.

The spacecraft was launched simultaneously with and successfully separated from a combo of U.S. Air Force spacecraft. Injun 3 performed normally until late October 1963 when the satellite power supply (chemical batteries) failed. The satellite command system was partially impaired after some time in March 1963. The satellite decayed from orbit 25 August 1968.