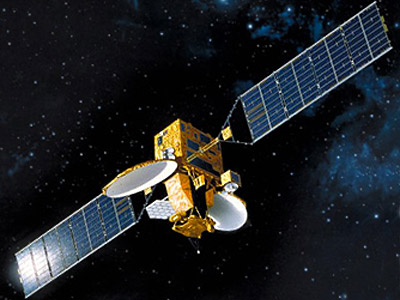 ETS 6 (Engineering Test Satellite) was developed to confirm the technology required for a geostationary three-axis satellite bus system for high performance practical satellites in the 1990's, and to test advanced satellite communications equipment.

It was launched by the H-2 also to confirm the performance of the launch vehicle. It used an additional apogee stage for GEO orbit insertion, the LAPS (Liquid Apogee Propolsion Stage), but unfortunately the injection into orbit was abandoned because of a malfunction in the apogee-engine.

The ETS-VI is a two-ton-class and three-axis-stabilized satellite intended to develop the spacecraft bus which meets the requirements of satellite communications and broadcasting services in the 1990's. And also it is intended to develop the technologies for the advanced satellite communications in the future. The preliminary design and the development of bread-board model started in 1986. The ETS-VI is scheduled to be launched by the second H-II test flight in the summer of 1994.