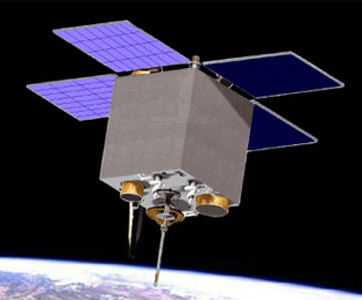 EgyptSat 1 (MisrSat 1) was Egypt's first Earth remote-sounding satellite. The satellite was jointly built by Egypt's National Authority for Remote Sensing and Space Sciences together with the Yuzhnoye Design Bureau in Ukraine.

EgyptSat 1 was successfully launched on board a Dnepr rocket as part of a multi-satellite payload on 17 April 2007 from Baikonur.