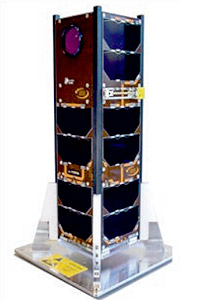 The Israeli student satellite Duchifat-3 is an experimental and educational spacecraft developed and built by students of secondary schools at the Space Laboratory of the Herzliya Science Centre (HSC). It is built to the 3U CubeSat standard.

Duchifat-3 has three missions which will operate in parallel:

It will be launched in late 2019 on an Indian PSLV-QL rocket.