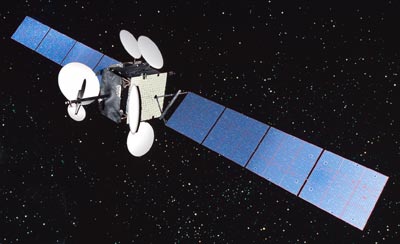 DirecTV, Inc. ordered DirecTV-4S, another Boeing BSS-601HP satellite, in December 1999. It is the fifth Boeing satellite to be built for DirecTV. It was successfully launched on an Ariane-44LP H10-3 on 26 November 2001 and entered service on 27 December 2001.