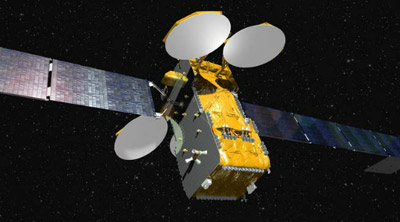 DirecTV contracted with EADS Astrium in November 2011 to design and manufacture the DirecTV 15, a new high-power telecommunications satellite to provide back-up capacity and fleet expansion for television services to US customers in homes and businesses.

Based on Astriums Eurostar-3000 platform, the satellite has a payload comprising 30 high power transponders in Ku-band, 24 transponders in Ka-band, 18 transponders in Reverse Band, and is able to operate from up to five orbital locations from 99° West to 119° West, covering Continental US (CONUS), Alaska, Hawaii and Puerto Rico.

The spacecraft has a launch mass of 6205 kg, an electrical power of 16 kW and is designed to deliver more than 15 years of in-orbit operations.