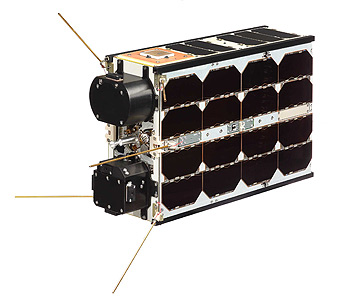 The satellite carried a cell phone as a receiver for the ground based test system.

The satellite was released into a lower than planned orbit due to a delayed deployment, reducing the orbital life time slightly.

Two more satellites are planned for 2020 and 2021. It now appears, that BlueWalker 2 is no longer to be launched and that the second test flight is the much larger BlueWalker 3 in 2021, which is to test a 10 m diameter deployable antenna.