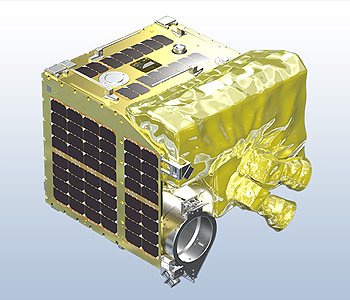 The ~68 kg, $3 million spacecraft carries 300 to 400 shooting star particles in four colors and has enough propellant to last 27 months in orbit before burning up in the atmosphere. It features the DOM De-Orbit Mechanism to accelerate decay from orbit.

A second improved satellite, ALE 2, was launched on 6 December 2019.