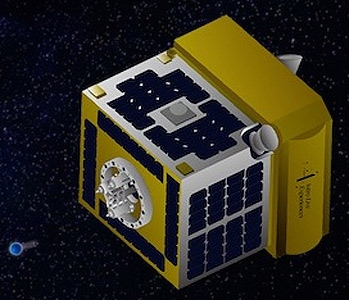 The second improved satellite 75 kg spacecraft carries 300 to 400 shooting star particles. The number of colors of the meteor particles has been increased. It features thrusters for controlled deorbiting.

ALE 2 was launched on 6 December 2019 on a shared Electron KS rocket. In April 2020 it was announced, that the deployment mechanism for the artificial meteors has failed due to too much friction.