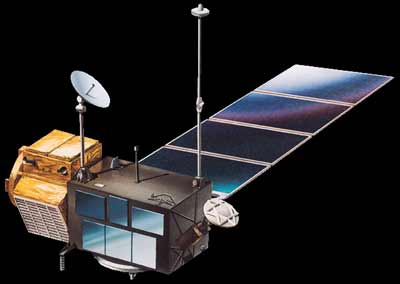 The TOPEX/POSEIDON satellite was launched on 10 August 1992 with the objective of "observing and understanding the ocean circulation". A joint project between NASA, the U.S. space agency, and CNES, the French space agency, it carries two radar altimeters and precise orbit determination systems, including the DORIS system.

TOPEX/POSEIDON is laying the foundation for long-term ocean monitoring from space. Every ten days, it supplies the world's ocean topography, or sea surface height, with unprecedented accuracy. TOPEX/POSEIDON is a space laboratory.

Instruments on board were:

TOPEX-Poseidon was retired in January 2006. Its mission was continued by the Jason 1 satellite.