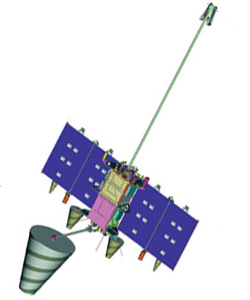 The Sterkh satellites are to replace the Nadezhda series in the international Search and Rescue Satellite-Aided System (COSPAS-SARSAT). Unlike the Nadezhda precursors, the Sterkh series does not provide navigation services, which has been taken over by the GLONASS system. Therefore the satellites can be much smaller and were launched piggy-back on other LEO missions.

The first two satellites were launched in 2009, but both failed shortly after launch. Sterkh 1 failed to properly align its solar panels with the Sun due to a malfunction of the satellite's flight control system resulting in a loss of power. Sterkh 2 failed to properly deploy its stabilisation boom and is therefore not useable for its intended purpose.

Two more satellites were planned for launches in 2013, but were apparently cancelled.