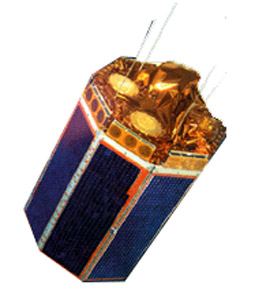 SROSS C and C2 (Stretched Rohini Satellite Series) were the third and fourth satellites in ISRO's SROSS series and to perform experiments on Gamma-ray astronomy and ionospheric science.

The satellite body was spin-stabilized. A Hydrazine based monopropellant reaction control system was also fitted. Power was to be provided by body mounted solar cells.

SROSS C was launched into a lower than planned orbit and therefore had a significantly reduced lifetime. It decayed from orbit on 14 July 1992 after only 55 days.

SROSS C2 was launched successfully and operated for four years.