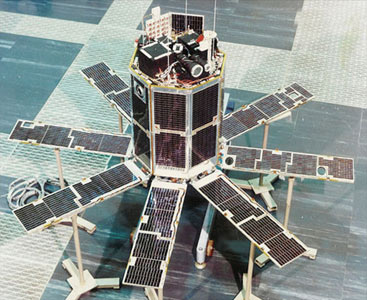 SROSS A (Stretched Rohini Satellite Series) was the first satellite in ISRO's SROSS series and was primarily intended to monitor launch vehicle performance of the new ASLV booster.

The satellite body was three axis stabilized with a momentum wheels and magnetic torquers. A Hydrazine based monopropellant reaction control system was also fitted. Power was to be provided by body mounted solar cells and eight deployable fixed solar arrays.

SROSS A was lost in a launch failure.