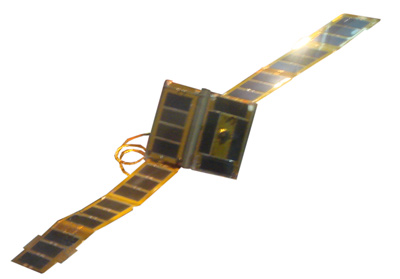 The NEE 01 Pegaso 1U CubeSat is the first satellite of Ecuador.

The satellite will conduct following tasks:

The satellite was originally planned to be launched piggy-back on a Dnepr rocket, but was moved due to delays to a Chinese CZ-2D (2) launch in 2013.

NEE 01 Pegaso transmitted the first videos from orbit on 16 May 2013. On 22 May 2013, it was hit by a piece of debris from a soviet upper stage. The hit caused the satellite to lose attitude, but it was still transmitting, although signals could not be acquired. The audio signal of NEE 01 Pegaso was received by the sister satellite NEE 02 Krysaor.