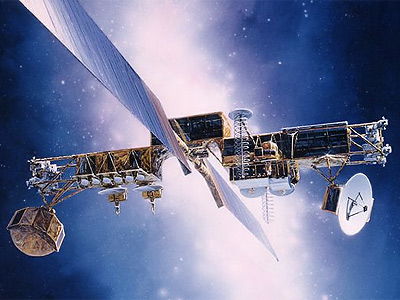 Boeing has the prime responsibility for supplying the MDR and crosslink payloads to prime contractor Lockheed Martin Missiles and Space Company. BSS subcontracts with TRW Space and Electronics Group for the MDR antennas and digital subsystem, and provides portions of the LDR payload under subcontract to TRW.

Milstar satellites use a unique bus, consisting of three boxes, which are folded during launch and deploy in orbit.

Originally the full Milstar system was to contain ten satellites, which were cut to four.

Milstar-2 1 was launched on 30 April 1999, but was stranded in a into a lower orbit than had been planned, and damaged by deployment at excessive rates due to a database error affecting the attitude control system of the Centaur upper stage. It could not be raised into its operational orbit due to fuel limitations. Its orbit was raised as much as possible to increase the expected lifetime and then it was permanently turned off after 10 days.