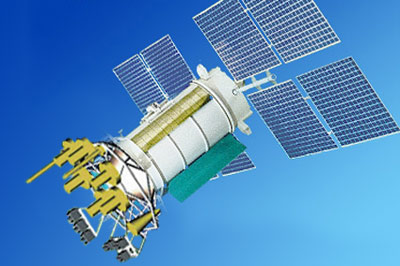 Meridian-M is an improved version of the Meridian communications satellites reported to be the replacement for all the Molniya-1T, the Molniya-3 and Molniya-3K satellite series and possibly also for the communication component of the Parus. They are launched into highly eccentric Molniya-orbits.

Meridian is the highly eccentric orbit (HEO) component of the Integrated Satellite Communications System (ISSS), where they work in conjunction with the geostationary Raduga-1M (Globus-M) satellites.

The Meridian series was to end with the seventh launch. It was to replaced by a new series beginning in 2016, which will feature unpressurized busses. Instead, in February 2016, a new batch of four similar but slightly improved Meridian-M satellites was ordered, with the first to be launched in 2018. The first of these was launched in July 2019. In May 2020, another two satellites were ordered.