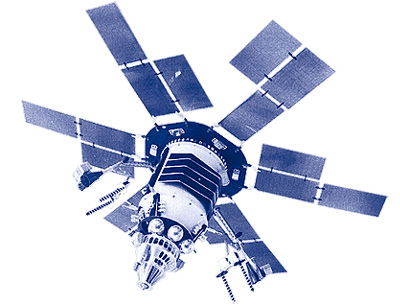 The Molniya-3K series satellites are improved versions of the Molniya-3 satellites. As their precedessors, they provide both civil and military communications for Russia.