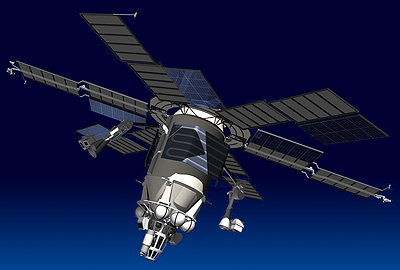 The KAUR-2 bus features the KDU-414A with the S5.114 engine. The last two satellites used the 11D414NS engine instead. It is derived from the propulsion system of the Venera 1VA probes.

The Molniya-3 satellites (11F637) are equipped with three Segment-3 transponders supplied by the MNIIRS. They are intended for civilian communications, and operate in C-band (6 GHz for uplinks, downlinks to 4G Hz). Two repeaters operate with a power of 40 W, and the third with a power of 80 W.