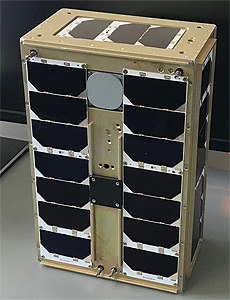 This satellite is Lynk's 4th payload to be tested in orbit and is the first free flyer. Earlier UbiquitiLink payloads were flown attached to Cygnus cargo vehicles. It has been built on 6U Cubesat form factor.

The satellite was launched in March 2020 towards the ISS. There it was mounted with its Slingshot deployer on the Cygnus NG-13 cargo vehicle. It was deployed on 13 May 2020 from Cygnus NG-13.