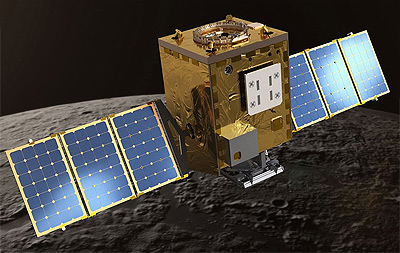 Lunar Trailblazer is a small lunar orbiter mission developed under NASA's SIMPLEx program to investigate the presence and form of water on the Moon. The mission is led by the California Institute of Technology (Caltech).

The mission goals are to understand the form, abundance, and distribution of water on the Moon and the lunar water cycle:

Originally a team consisting of Ball Aerospace and Vlue Canyon was to provide a spacecraft with solar electric propulsion.

In July 2020, Lockheed Martin Space was selected as the new partner for Lunar Trailblazers flight system. They will design and build the spacecraft, integrate the instruments, and work with rideshare services to ready Lunar Trailblazer as a secondary payload for launch. The switch was made after the original spacecraft partner ran into design and cost challenges. The new version of the Lunar Trailblazer spacecraft will use chemical propulsion to get to the Moon, shaving months off the journey relative to the previous electric propulsion implementation. The spacecraft will weigh approximately 200 kg and fit comfortably in the ESPA Grande standard small satellite volume allocation.

The mission is to be ready for launch in late 2022. Launch wass manifested as ride-share payload with NASA's IMAP mission in 2024, but was re-manifested to an earlier launch opportunity in 2023 with PRIME 1.