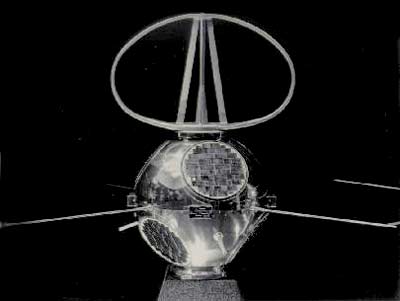 The LOFTI (Low Frequency Trans Ionospheric Satellite) satellites were produced as a cooperative effort with the Radio Division. Launched in 1961 and 1962, LOFTI attempted to determine whether very low frequency (VLF) energy could penetrate through the ionosphere and be received by submerged submarines. The satellites demonstrated that under many ionospheric conditions VLF signals were extremely attenuated and could not be detected, making them unreliable for submarine communication.

LOFTI 1 was launched as a co-passenger on a Thor-DM21 Able-Star rocket, but it remained attached to Transit 3B and the Able-Star stage due to a programmer malfunction during launch.

LOFTI 2 was launched together with four other payloads as a cluster on a Thor-DM21 Able-Star rocket, but failed to reach orbit.