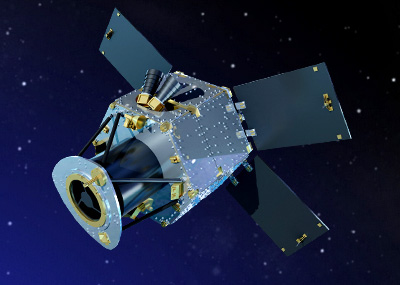 EIAST announced in April 2013 the launch of the new strategic project DubaiSat-3, the first satellite that will be completed in the UAE. A core team of 45 UAE experts and engineers will lead the development of KhalifaSat, the third satellite program to be undertaken by EIAST in collaboration with its partner Satrec Initiative (SI).

KhalifaSat will initially be developed in South Korea and later transferred to EIASTs satellite manufacturing facilities in the UAE midway through the project. EIAST further revealed that it will start developing its own clean room and satellite manufacturing facilities, which consist of labs that keep the environment in the clean room free from dust and humidity, at the EIAST headquarters in Dubai this year as part of preparations for the transfer of the DubaiSat-3 development to Dubai.

The KhalifaSat satellite will be based on an advanced version of DubaiSat 2. It will also feature a new, highly sophisticated camera system, which works as an accurate magnifier achieving a sub-meter resolution of 70 centimeters from a distance of 600 kilometers above the surface of the Earth. There will also be improvements in the download speed and computing capabilities.

Launch is planned for 2017 as a secondary payload on a Japanese H-2A-202 rocket.