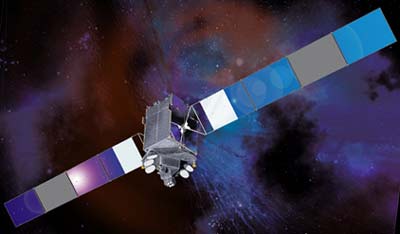 The XTAR EUR satellite, launched in 2005, carries twelve wideband high-power X-band transponders and operate from an Indian Ocean region orbital slot at 29° East. XTAR EUR is designed to operate with existing and planned defense communications terminals around the world.

XTAR LLC is a satellite communications company committed to serving the needs of U.S., Spanish and allied governments. The company is a joint venture between Loral, which owns 56 percent, and HISDESAT, which owns 44 percent. XTAR is headquartered in Washington, D.C., and has offices in Madrid, Spain, and Palo Alto, Calif.

XTAR expects to begin offering its X-band services to government users in the United States, Spain, and other friendly and allied nations shortly after launch and the completion of in-orbit testing. Service will commence at the highly desirable 29° East Longitude orbital slot providing a footprint extending from the Eastern Atlantic to Southeast Asia.