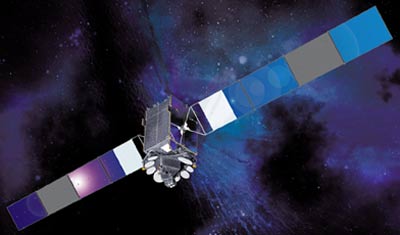 Loral built the US$150 million SpainSat, for Hisdesat, which provides dedicated communications for the Spanish Ministry of Defense.

SpainSat operates thirteen specially configured high-power transponders, twelve at X-band and one at Ka-band, from its 30 degrees West longitude orbital position, providing coverage of Spain, Europe, Africa and the Americas.

Hisdesat leases five of SpainSat's X-band transponders to the Spanish Ministry of Defense, with the remaining eight transponders leased by XTAR for defense customers in the U.S. and other allied governments. The XTAR operated transponders are referred to as XTAR-LANT