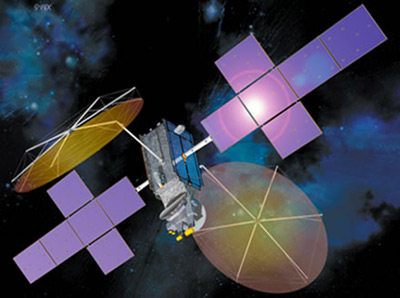 Space Systems/Loral (SS/L) announced in June 2005 that it has been awarded a contract by XM Satellite Radio, Washington DC, to build XM-5, a high-power, digital audio radio service (DARS) satellite that will serve as a ground spare in the XM Satellite Radio fleet, ensuring XM subscribers across North America with continued high-quality, digital- music, entertainment and data services.

Scheduled for delivery in 2007, XM-5 has an on-orbit design life of 15 years and will carry a state-of-the-art DARS payload featuring two 9 meter reflectors provided by Harris. Its end-of-life power capability of more than 18 kilowatts will make it one of the world's most powerful communications satellites.

XM-5 is based on SS/L's space-proven SSL-1300S platform, which has an excellent record of reliable operation. Its high efficiency solar arrays and lightweight batteries are designed to provide uninterrupted electrical power.