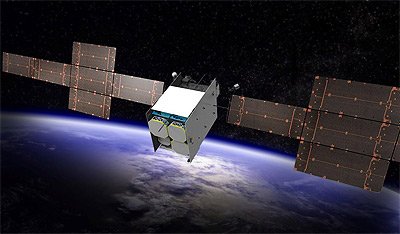 Boeing and the U.S. Air Force MILSATCOM Systems Wing have signed in October 2006 a $1.067 billion contract for up to three more Wideband Gapfiller Satellites (WGS), if all options are exercised. The Option for WGS 4 and 5 was exercised in November 2006. WGS 6 was ordered in 2007 by Australia, which will get access to the WGS system in return. The order for long lead items for WGS 7 was placed in August 2010. The final contract for this satellite was awarded in September 2011, together with long lead items for WGS 8 and an option for WGS 9. WGS 8 was awarded in December 2011. WGS 9 has been funded by Canada, Denmark, the Netherlands, Luxembourg and New Zealand. The US Air Force is launching the craft and will perform the command-and-control functions during its 14-year life expectancy. WGS 10 was ordered in July 2012.

Boeing received in July 2012 an contract to install upgraded digital channelizers, which will boost capacity on the satellites by 30 percent, aboard the eighth and ninth WGS satellites. The upgraded hardware also will be installed on the planned 10th WGS satellite.

In March 2018, congress surprisingly added $600 million of funds for two more satellites, WGS 11 and WGS 12, which were not requested before. This resulted in the order of WGS 11 in April 2019 for a 2023 launch. This satellite will be based on the new BSS-702X variant of Boeing's commercial 702 satellite line that will provide improved signal power and bandwidth efficiency compared to earlier WGS satellites.