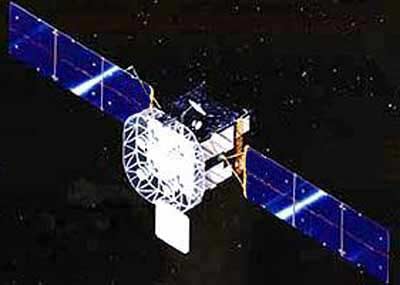 In July 1988, the company won the competition for a fixed-price contract awarded by the Program Executive Office for Space, Communications, and Sensors in Washington, D.C. The initial agreement called for the company to build and launch one satellite, with options for nine more. Options for spacecraft 2 and 3 were exercised in May 1990; for 4, 5, and 6 in November 1990; and for 7, 8, and 9 in November 1991.

The first seven satellites and F-11 measure more than 60 feet long from the tip of one three-panel solar array wing to the tip of the other.

The Atlas rocket series was chosen to provide the launches from Cape Canaveral, Fla. The Atlas-2 was chosen for F-4 through F-7.