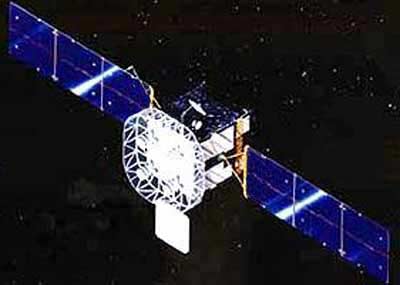 The U.S. Navy began replacing and upgrading its ultra-high frequency (UHF) satellite communications network during the 1990s with a constellation of customized satellites built by Hughes Space and Communications Company, which is now Boeing Satellite Systems, Inc. Known as the UFO (Ultra High Frequency Follow On) series, these HS-601 model satellites support the Navy's global communications network, serving ships at sea and a variety of other U.S. military fixed and mobile terminals. They are compatible with ground- and sea-based terminals already in service. The UHF Follow-On satellites replace the Fleet Satellite Communications (FLTSATCOM) and the Hughes-built Leasat spacecraft.

In July 1988, the company won the competition for a fixed-price contract awarded by the Program Executive Office for Space, Communications, and Sensors in Washington, D.C. The initial agreement called for the company to build and launch one satellite, with options for nine more. Options for spacecraft 2 and 3 were exercised in May 1990; for 4, 5, and 6 in November 1990; and for 7, 8, and 9 in November 1991. In January 1994, the customer extended the contract by ordering a 10th satellite and launch services, bringing the total value to $1.7 billion.

In March 1996, under a contract modification for $150 million, the Navy ordered a high-power, high-speed Global Broadcast Service (GBS) payload to be incorporated onto F-8 through F-10. This GBS package is revolutionizing communications for the full range of the Defense Department's high-capacity requirements, from intelligence dissemination to quality-of-life programming. The first GBS payload was put into service in 1998, and the final one was launched in November 1999.

In November 1999, the Space and Naval Warfare Systems Command's Communications Satellite Program Office added an 11th satellite to the contract. In January 2001, Boeing was authorized to begin production on that 11th spacecraft, which is scheduled to launch in 2003. This will help sustain the constellation into the latter part of the decade.

The UFO satellites are manufactured in El Segundo, California. Using a building-block approach, Boeing and the Navy enhanced the constellation's capabilities in stages. Satellites F-1 through F-3 carry UHF and SHF (super-high frequency) payloads to provide mobile communications and fleet broadcast services. Starting with F-4, an additional EHF (extremely high frequency) payload was added to provide protected communications. F-7 introduced an enhancement to the EHF package that essentially doubles capacity. The SHF payload is replaced by the high data rate GBS package on F-8 through F-10. F-11 carries the enhanced EHF package and an upgraded UHF payload as well.

The first seven satellites and F-11 measure more than 60 feet long from the tip of one three-panel solar array wing to the tip of the other. These arrays generate a combined 2,500 Watts of electrical power on the first three satellites, 2,800 Watts for F-4 through F-7 and F-11, and 3,800 Watts for F-8 through F-10 with GBS.

The Atlas rocket series was chosen to provide the launches from Cape Canaveral, Fla. An Atlas-3B-SEC launched UFO F-11.