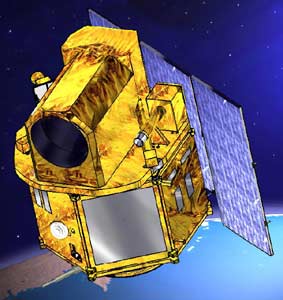 The THEOS contract included the production and launch of one optical satellite, as well as the development of the ground segment necessary to operate and control the satellite directly from Thailand. This is naturally accompanied by state of the art facilities for image archiving and processing. The THEOS satellite is based on the new generation of EADS Astrium Optical Earth Observation high performance satellites, the AstroSat product line, and benefits from EADS Astrium's extensive experience in this field which started with the SPOT and METOP satellites.

As part of the THEOS contract, Thai engineers joined the EADS Astrium development team and attended intensive space programme training. This cooperation contract paved the way for further development of GISTDA and space activities in Thailand.

The THEOS satellite payload features both high resolution in panchromatic mode and wide field of view in multispectral mode and has been tailored to Thailand's specific needs with a worldwide imaging capability. It was to be launched mid 2007 on a sun synchronous orbit at an altitude of about 820 km, but was delayed to October 2008 due to ongoing disputes over the launch vehicle drop zones.

THEOS was booked originally for a Rokot-KM launch, but was moved to a Dnepr due to the limited availability of Rokot in the required time period.