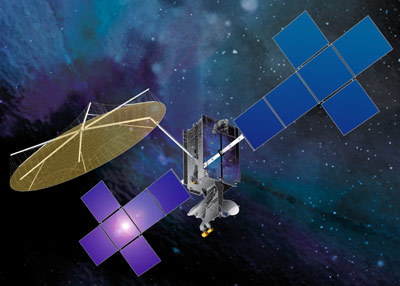 Space Systems/Loral (SS/L) announced in June 2006 that it has been chosen by Sirius Satellite Radio Inc. to build Sirius FM-5, a powerful new geostationary satellite for use in its satellite radio service.

Sirius FM-5 was completed in the fourth quarter of 2008 and carries an X-band uplink and S-band downlink payload. The satellite will be one of the most powerful ever constructed, with end-of-life power capability at more than 20 kilowatts. Sirius FM-5 is based on SS/L's flight proven and reliable SSL-1300 platform and has a specified service life of 15 years. It carries a range of technologies, including a 9-meter unfurlable reflector, which allows for highly-concentrated transmissions to small, advanced devices.

As part of its commitment to Sirius, Loral has agreed to provide to Sirius a vendor financing facility of up to $100 million.

The satellite supplements from its geostationary position the three other first generation Sirius satellites in highly elliptical orbits, all manufactured by SS/L.