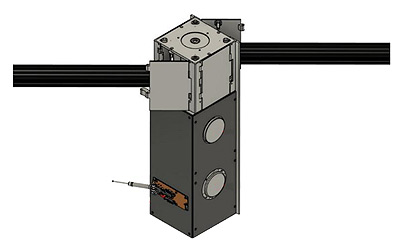 SeaLion is a 3U CubeSat, that is being designed and developed by a team of students and professors at Old Dominion University in Virginia to validate the operation of an Impedance Probe (IP), a deployable composite structure (DeCS) and an S-band antenna. This smallsat is a collaboration between Old Dominion University, the United States Coast Guard Academy and the Air Force Institute of Technology.

SeaLion is rather an unusual mission for Bright Ascension to be involved in. It will be launched into very low Earth orbit with non-rechargeable batteries as the only power source, which makes the expected mission life of the satellite around 10 days. An additional challenge of the SeaLion mission is its timescale. The satellite is expected to be launched as a secondary payload onboard the NG 18/19 mission out of Wallops Island, VA in August 2022 on an Antares Rocket. With only a few months before the launch date, the pressure is mounting on rapid development and a no-risk/no-failure scenario.

The NG-19 VLEO mission is comprised of VSCP-1A (SeaLion from ODU & USCGA) and VSCP-1B (UtProSat-1 from VT), both of which are 3U cubesats to be deployed off the second stage of the Antares-230+ Launch Vehicle.