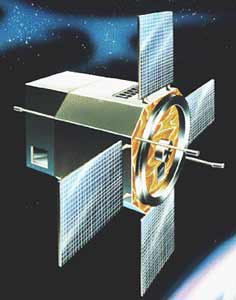 Satellite de Aplicaciones Cientifico-B (SAC-B) was a small satellite built by the Argentinean National Commission of Space Activities (CoNAE). SAC-B was designed to advance the study of solar physics and astrophysics through the examination of solar flares, gamma ray bursts, diffuse X-ray cosmic background, and energetic neutral atoms. The satellite was also designed to test and characterize the performance of new equipment and technologies which may be used in future operational or scientific missions. The satellite payload included three astronomical instruments - the Hard X-ray Spectrometer (HXRS), the Goddard X-ray Experiment (GXRE), and the Cosmic Unresolved X-ray Background Instrument (CUBIC). Also flying was an Italian instrument called ISENA which plans to measure energetic neutral atoms. The spacecraft body was a 62 × 62 cm wide by 80 cm high rectangular parallelepiped with 4 extended solar panels 62 cm wide by 76 cm long.

SAC-B satellite was launched with the NASA satellite HETE 1. The SAC-B solar arrays did not automatically deploy due to a battery failure in the Pegasus-XL rocket third stage. The solar arrays were deployed via ground commands, however because of spacecraft tumbling and shadowing of the Pegasus XL third stage, they were unable to generate enough power to keep the satellite's batteries charged.