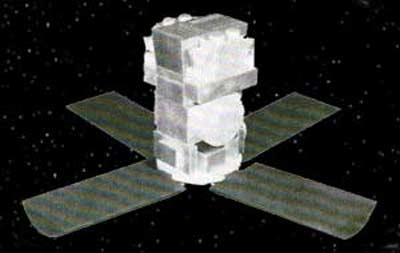 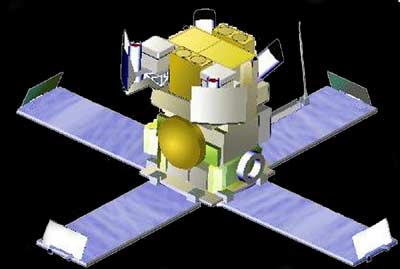 The HETE (High Energy Transient Experiment) was to be an international mission led by the Massachusetts Institute of Technology (MIT). Its prime objective was to carry out the first multiwavelength study of gamma-ray bursts (GRB) with UV, X-ray and gamma ray instruments. A unique feature of the mission was its capability to localize bursts with several arc-second accuracy, in near real-time aboard the spacecraft. The spacecraft hardware and software was developed by AeroAstro, Inc. (USA). The HETE spacecraft was sun-pointing with four solar panels connected to the bottom of the spacecraft bus. Spacecraft attitude was to be controlled by magnetic torque coils and a momentum wheel.

The HETE satellite was launched with the Argentine satellite SAC B. HETE was trapped within the Dual Payload Attachment Fitting due to a battery failure in the Pegasus-XL rocket third stage. Due to its inability to deploy the solar panels, HETE lost power several days after launch

The HETE-2 (High Energy Transient Explorer 2) is designed to detect cosmic gamma-ray bursts (GRBs) and help determine their origin and nature. The satellite has three instruments:

These instruments cover a solid angle of 1.5-2 steradians and will be used to make simultaneous, broad-band observations in the various listed energy ranges. The goal of the mission is to continuously scan the sky and identify occurences of GRBs, establish precise locations and transmit coordinates in near real time (< 10 seconds). The instruments will also be used to establish relative GRB rates and intensities in the soft X-ray, mid X-ray, and gamma-ray bands, perform spectroscopy of gamma-ray bursts in the energy range 1-400 keV. measure the intensities, time histories, and spectra of soft gamma-ray repeater bursts, X-ray bursts, and black hole X-ray transients.

The spacecraft is basically a rectangular cube, roughly one meter by half a meter by half a meter, with four solar panel petals protruding from the bottom. The bottom section of the spacecraft holds the power, communications, and attitude control and the upper section the science instruments. Power is supplied by the solar panels, which are made of honeycomb aluminum with a silicon substrate, each supplying 42 W. There are 6 battery packs, each containing 24 1.5 V NiCd cells, each with 1.2 A-hr capacity. Communication is via S-band uplink (2.092 GHz) and downlink (2.272 GHz) using 5 dual-patch antennas. A VHF downlink (137.9622 MHz) will be used for the real-time burst alerts via a whip antenna mounted on one of the solar panels. Attitude control is achieved by a momentum wheel and three orthogonal magnetic torque coils, controlled by inputs from two magnetometers, twelve sun sensors, and an optical camera.

The spacecraft will always be pointed in the anti-solar direction and all bursts detected will be at least 120 degrees from the Sun. The field of view will be centered roughly on the ecliptic. Over the course of a year approximately 60% of the sky will be surveyed. When GRB's are detected, summary burst data are sent immediately to listen-only equatorial ground stations and are forwarded to observers via the GRB coordinates network within less than 10 seconds of burst detection. The planned operating life is 18 months with probable mission extensions for an additional 6 months or more.