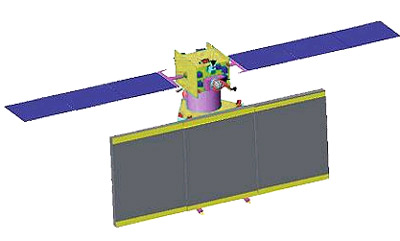 RISAT 1 (Radar Imaging Satellite 1) is the first satellite imaging mission of ISRO using an active C-band SAR (Synthetic Aperture Radar) imager. The objective of the RISAT mission is to use the all-weather as well as the day-and-night SAR observation capability in applications such as agriculture, forestry, soil moisture, geology, sea ice, coastal monitoring, object identification, and flood monitoring, but also for military surveillance.

In 2017, the satellite was decommissioned and declared non-operational

RISAT 1A, a copy of RISAT 1, is planned for December 2018 to provide continuity of service for RISAT-1.