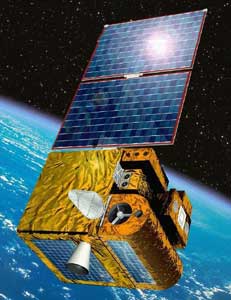 PICARD is an investigation dedicated to the simultaneous measurement of the absolute total and spectral solar irradiance, the diameter and solar shape, and to the Sun's interior probing by the helioseismology method. These measurements obtained all along the mission will allow to study their variations as a function of the solar activity.

Its objectives are to improve our knowledge of:

The PICARD mission was named after the French astronomer of the XVIIth century Jean Picard who achieved the first accurate measurements of the solar diameter. These measurements are especially important as they were made during the Maunder minimum. This period was characterized by an absence of sunspots and a significant cold climate.

The PICARD payload is composed of the following instruments:

Picard was put on hold due to budget restraints, but was finally launched on a Dnepr launch vehicle in 2010.