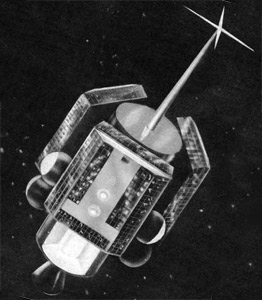 These satellites were developed by the Naval Research Laboratory (NRL). Each launch on top of an modified Atlas-E/F rocket consisted of the MSD mother satellite, which also acted as an upper stage for the stack using an integrated FW-4D solid rocket motor. In orbit, three NOSS satellites were separated and flew together in a triangle formation.

Around the base of the cylindrical MSD was a jettisonable plume shield to protect the NOSS subsatellites. In three launches these plume shields were modified to function as low-cost experimental satellites under the designation LIPS.