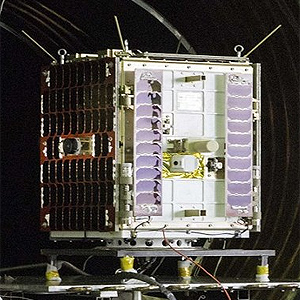 Reportedly this satellite is to be launched in 2017, possibly on the new Simorgh launch vehicle. In August 2019 Iranian officials announced, that the Nahid satellite is undergoing preparations for launch within two weeks. On 29 August 2019, satellite images showed smoke billowing from the launch pad, indicating an on pad failure during launch preparations.