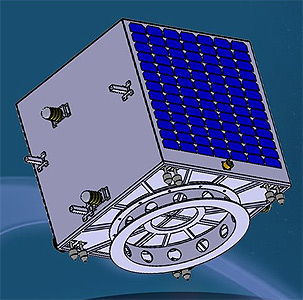 The Iranian Space Agency (ISA) has signed a contract in January 2017 with the Iranian Space Research Center to build Nahid 2. The 110 kg satelite is an improved version of the Nahid 1 satellite.

Reportedly this satellite is to be launched into a 500 km orbit and to have a 2 year life time. It is to have a 3-axis control system and a propulsion system for orbital maneuvres.