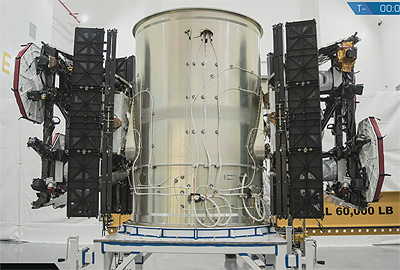 The MicroSat 2a and 2b are two identical satellites to test technologies for SpaceX's planned 4425-satellite Starlink constellation to provide broadband Internet access.

Both of these satellites will be deployed in one mission aboard a SpaceX Falcon-9 v1.2 launch vehicle into an orbital plane of 514 km circular at 97.44 degrees inclination. After insertion, the satellite orbits will be raised to the desired mission altitude of 1125 km circular. The designed lifetime of each satellite is six months. If this lifetime is exceeded, SpaceX plans to continue operation until such time as the primary mission goals can no longer be met, at which point the spacecraft will be deorbited. Both Microsat-2a and Microsat-2b are identical in their construction and operation.

The primary structure for the Microsat-2a and -2b test spacecraft will be a box design measuring 1.1 m × 0.7 m × 0.7 m and carries the spacecraft flight computer, power system components, attitude determination and control components, propulsion components, GPS receiver, and broadband, telemetry, and command receivers and transmitters. The primary bus is mounted on the payload truss system, which also carries communications panels, inter-satellite optical link transmitters and receivers, star trackers, and a telemetry antenna. There are two 2 m × 8 m solar panels. Each demonstration spacecraft has a total mass of approximately 400 kg. The attitude of each spacecraft is 3-axis stabilized, and is dynamically controlled over each orbit to maintain attitude position for two pointing modes of operation: broadband antenna (antennas to nadir for testing) and solar array (solar arrays facing sun for charging). Power is provided by solar panels designed to deliver sufficient power at the predicted end of spacecraft life to not impair any test objectives. The Thermal Control System ensures that components are kept within operational temperature ranges.

In addition to proving out the development of the satellite bus and related subsystems, the test program for the Microsat-2a and -2b spacecraft will also validate the design of a phased array broadband antenna communications platform (primary payload) that will be included in the final spacecraft design for the proposed NGSO constellation. SpaceX intends to test the Microsat-2a and -2b communication paths utilizing five broadband array test ground stations located in the western United States, as well as three transportable ground stations that will be deployed near the fixed ground station locations, all within the contiguous United States (CONUS). With the orbit profile provided, broadband array tests (Ku-band) will be conducted on average once every 0.9 days for less than 15 minutes. The primary Telemetry, Tracking, and Command (TT&C) ground station will be located near the primary test site in Redmond, WA to facilitate and control the broadband array testing. The testing will help to validate a number of design parameters.