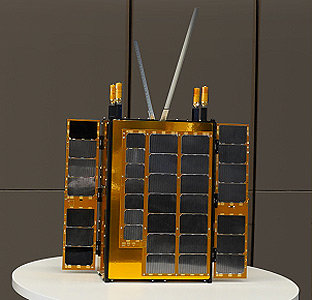 Fangzhou 2 or Ark 2 is a Chinese technology verification nanosatellite developed by Space Ark.

The Fangzhou 2 key technology verification satellite was designed based on the 6U CubeSat form factor to provide on-orbit verification of technologies and system components planned for the company's Ark series of small and medium returnable spacecraft.

The satellite was to be launched originally in June 2020 date, on the second flight of the Hyperbola-1 rocket from Jiuquan. The launch contract was cancelled in December 2020. It is unclear, if this satellite is still planned to be launched as a follow on mission called Fangzhou 2F (Ark 2F) is about to be launched in November 2021.