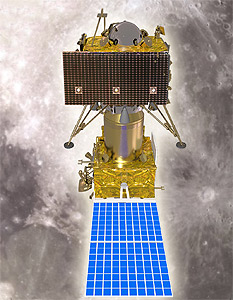 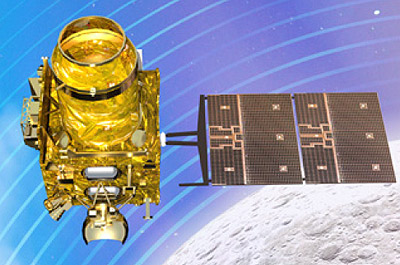 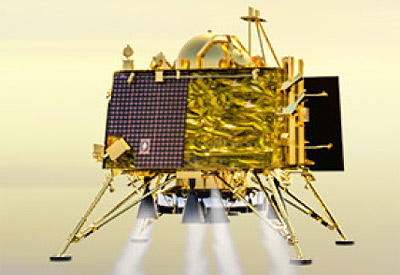 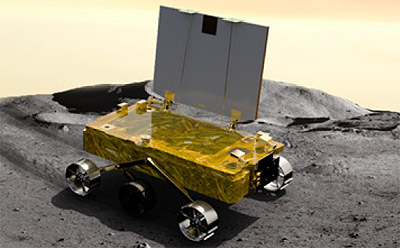 Chandrayaan-2 is an Indian mission to the Moon, which will have an Orbiter, a Lander and a Rover. After reaching the 100 km lunar orbit, the Lander housing the Rover will separate from the Orbiter. After a controlled descent, the Lander will soft land on the lunar surface at a specified site and deploy a Rover.

The science goals of the mission are to further improve the understanding of the origin and evolution of the Moon using instruments onboard Orbiter and in-situ analysis of lunar samples using Lander and Rover.

Chandrayaan-2 Structure configuration has been changed from I2K to I3K configuration due to the revision of payload lift off capacity by GSLV. This change will enable accommodating larger propellant tanks. The mission strategy was revised to inject the satellite in a lower initial orbit (170 × 16980 km) with a higher lift-off mass of 3200 kg and the Propulsion System Configuration changed to increase fuel carrying capability of the satellite. The other activities completed are: finalisation of all electrical and mechanical interfaces including the payload interfaces; Preliminary Design Reviews (PDRs) of Bus Systems (Power, Attitude Orbit Control Electronics, Telemetry, Tracking and Command Baseband Systems, RF Systems, Data Handling System, Structure, Thermal Control System, Propulsion System); all systems accommodation studies and initial thermal analysis.

The following payloads are on board of the orbiter.

Chandrayaan 2s lander is named Vikram after Dr Vikram A Sarabhai, the Father of the Indian Space Programme. It is designed to function for one lunar day, which is equivalent to about 14 Earth days. Vikram has the capability to communicate with IDSN at Byalalu near Bangalore, as well as with the Orbiter and Pragyan rover. The lander is designed to execute a soft landing on the lunar surface at a touchdown velocity of 2 m/s. The planned landing site is a high plain between two craters, Manzinus C and Simpelius N, at a latitude of about 70.9° South 22.7° East. An alternative site is 67.7° South 18.4° West.

On 6 September 2019, the lander lost contact shor before landing on the lunar surface. A few days later, it was discovered to have apparently landed, albeit possibly at an angle, which potentially prevents communications.

Chandrayaan 2s 27 kg rover is a 6-wheeled robotic vehicle named Pragyan, which translates to wisdom in Sanskrit. It can travel up to 500 m at a speed of 1 cm per second, and leverages solar energy for its functioning. It communicates via the lander. The planned mission life is one lunar day.

Following scientific payloads selected for Indian Rover would carry out elemental analysis of the lunar surface near the landing site.