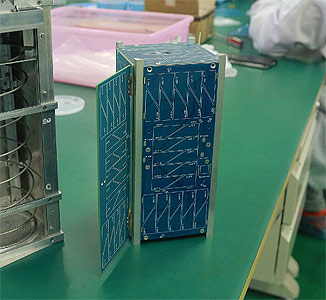 BY 1 or Bayi Kepu Weixing 1 (sometimes also called BY70 1) is a 2U-CubeSat project led by China Center for Aerospace Science and Technology International Communications for school education and amateur radio. Students from the Beijing Bayi High School built the satellite under the instructions from experts.

The amateur radio equipment onboard will provide telecommand, telemetry and FM repeater functions. The spacecraft will be 3 axis stabilised and have deployable solar panels. Proposing a V/U transponder and requesting a 436.2MHz downlink and a 145.935 MHz uplink.

The satellite was launched on 28 December 2016 on a CZ-2D (2) rocket as a piggy-back payload. A launch mishap left the payloads in a lower than planned orbit.