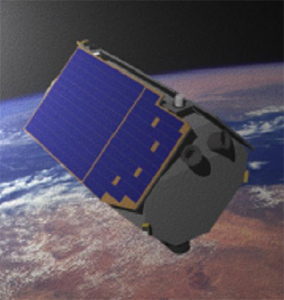 Argo was to be the first satellite made with Taiwan's independent technology. NSPO has signed to cooperate with German RapidEye A.G. in joining the “RapidEye” Earth observation project. For that purpose, Argo was to carry the same imaging payload as the other five RapidEye satellites.

The main payload of the ARGO spacecraft was to be a multi-spectral imager (IMA) operating in 5 bands and a 6.5 m ground resolution and 77.25 km swath width. The spacecraft was designed to operate over 6 years in orbit on a sunsynchronous orbit at about 620 km altitude and a local time of descending node between 10 and 12 o'clock.

Besides carrying the RapidEye optical remote sensing instruments, ARGO was also to bring along other scientific payload. Besides the earth imaging payload, Argo was also to carry auroral and ionospheric research instruments.

Argo was baselined for a Falcon-1 launch. Later the RapidEye cooperation was dissolved and Argo was cancelled in favour of the FORMOSAT 5 satellite, which carries a taiwan-built imaging instrument.