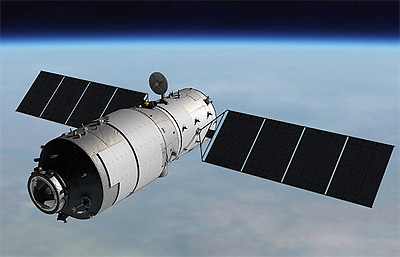 Tiangong-1 was launched in September 2011 on a modified CZ-2F called CZ-2F/T. The Tiangong module is 3.35 meters in diameter and has an approximately mass of 8,500 kg. It features one docking port.

The uncrewed Shenzhou-8 was launched for its docking test in the second half of 2011. The crewed Shenzhou-9 and 10 missions were launched in 2012 and 2013. After the last visit, it continued an extended uncrewed mission. In March 2016 it was announced, that its functions have been disabled.

A second station of this type, Tiangong 2, originally built as a back-up for the first one, was launched in 2016. It has improved living conditions and a second docking port to verify key technologies, such as on-orbit propellant resupply using the new Tianzhou logistics vehicle.