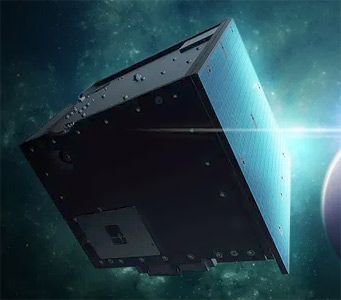 Tetra 1 is a military microsatellite created for various prototype missions in and around geosynchronous earth orbit. TETRA-1 was the first prototype award under the U.S. Space Forces Space and Missile Systems Centers Space Enterprise Consortium Other Transaction Authority (OTA) charter.

The satellite was launched together with another payloads in late 2022 on the USSF-44 (formerly known as AFSPC-44) mission on a SpaceX Falcon-Heavy (Block 5) rocket to be deployed from the LDPE 2 satellite.