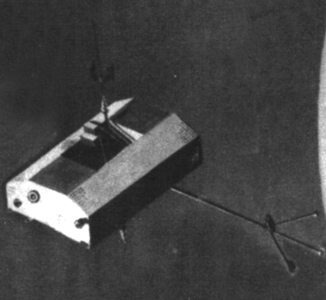 S3 (Small Secondary Satellites) were launched as piggy back payloads on some KH-9 spysat launches. Each one had his own solid fuel motor to perform injection into an higher orbit.

The satellite was spin stabilized, with the spin axis perpendicular to its polar orbit. Orbit precession, when the orbit is inclined more than 70 deg, was limited to less than 0.5 deg per day. This limited observations for sampling to less than one-fourth of the possible 25 h of local time over the 7-month satellite lifetime.

S3 3 was a small observatory in a near-polar orbit with eight different sensors on board. It was designed to observe various magnetospheric parameters and their interrelationships. Sensors, which observed energetic protons and Alpha particles, also provided real-time observations for use by the U.S. Air Force Air Weather Service. It carried following set of instruments: