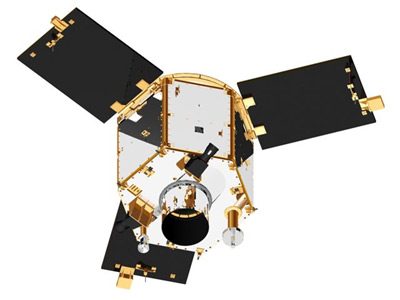 MACSAT (Medium-sized Aperture Camera Satellite) development project is a joint development program between Astronautic Technology (M) Sdn. Bhd. of Malaysia and Satrec Initiative, which started from end of 2001 and aimed to complete the development by the end of 2003. MACSAT has now been renamed RazakSAT.

The MACSAT mission is to develop and validate technologies for a Near Equatorial Orbit (NEO) remote sensing mini-satellite system to acquire medium high resolution images. Due to its orbital and coverage characteristics, Malaysia and other countires in Equatorial region can have large benefit from NEO satellite operation. From the low Earth circular orbit of 685 km altitude with 9 degrees of inclination, geographical information and environment change over equatorial region can also be regularly observed with a unique revisit characteristic.

RazakSat is built on Satreci's SI-200 bus and features a Medium-sized Aperture Camera (MAC), which is an electro-optical payload of a pushbroom camera type with 5 linear detectors.

RazakSAT was successfully launched on 14. July 2009 as the first commercial payload on a Falcon-1 launch vehicle.

After launch, it was discovered, that RazakSat could not achieve its targeted pointing accuracy of within 1 km of its intended target. It operated for 5 years in orbit until 21 July 2014.