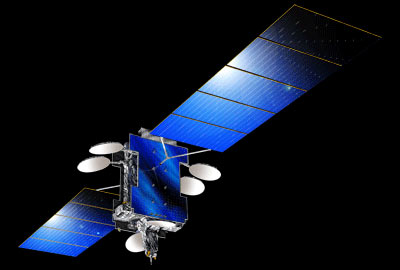 Rainbow Media disclosed on Nov. 21, 2004, that it filed with the Federal Communications Commission a recently completed contract with Lockheed Martin under which the aerospace company was to construct five Rainbow Ka-band satellites for VOOM. These high power satellites, the first of which was to be completed and launched approximately 34 months later, were to enable VOOM to increase its channel capacity to more than 5,000 high definition channels when operating in spot beam mode. This was to enable VOOM to have spot beams covering the entire United States including Alaska and Hawaii. With these satellites, VOOM was to be operating with virtually no capacity constraints. These satellites were to be operated at the company's orbital locations at 62°W, 71°W, 77°W, 119°W and 129°W. Cablevision announced at the time that Rainbow DBS would pay a $48 million down payment on the contract.

Cablevision Systems Corp. has suspended on June 1, 2005 a $740 million contract with Lockheed Martin for five Ka-band satellites for high-definition television broadcasting as part of its Rainbow DBS division's exit from the satellite-television business. It reserved the right to restart the contract until Nov. 21, 2005, which did not happen.